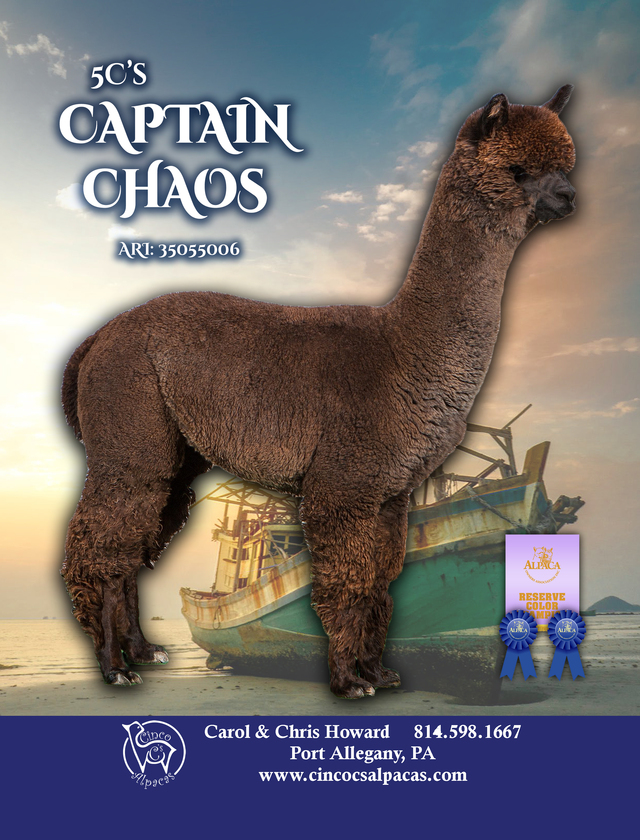 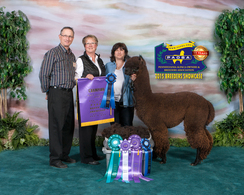 His crias are beautiful!

Ask a question
Details
Certificate
OMG stunning........We just love this boy. He's a tank with a very bright, very consistent fleece with amazing density. Yes, it's grey. He also inherited his solid bone and perfect conformation from both parents. Chaos is sired by our amazing Captain Midnight and his dam is beautiful fawn from champion lines as well. Come visit us at the farm and get your hands on this promising young herdsire. Always at the top of the class this beautiful male is solid in every aspect, but most importantly his crias are beautiful.

2018 Shearing produced one of the heaviest fleeces on the farm (his dam was the heaviest).


Chaos now has crias on the ground and he's producing classic grey!!!! The crias are very stocky and have, very dense fleeces. We are so excited that Chaos can do this for us and for you too!!! He's produced another great crop of crias in 2021. Watch for them in the showring. 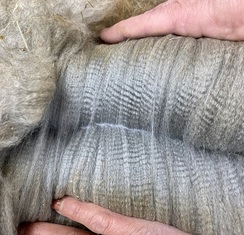 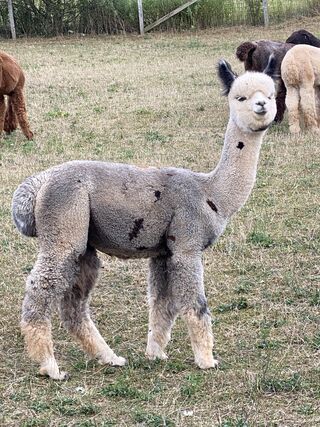 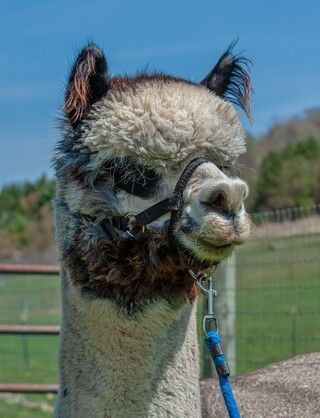 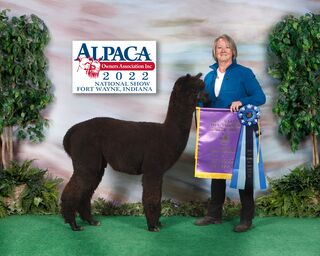 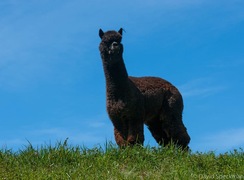 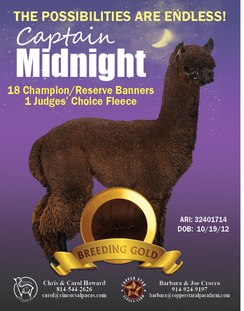